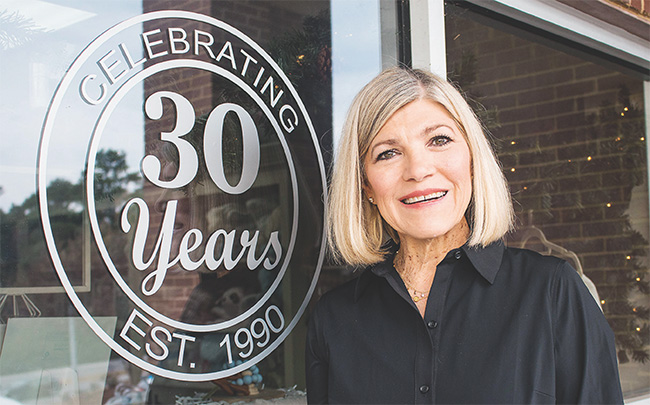 Tealla Stewart has hit a milestone in her career that many business owners don’t make it to. This year, she is celebrating the 30th anniversary of one of Vestavia Hills’ most adorable boutiques, Monograms Plus.

Thirty years ago, Tealla realized there were very few monogramming shops in the over-the-mountain area, so in 1990 she opened Monograms Plus.

Click here to read the rest of the Vestavia Voice article